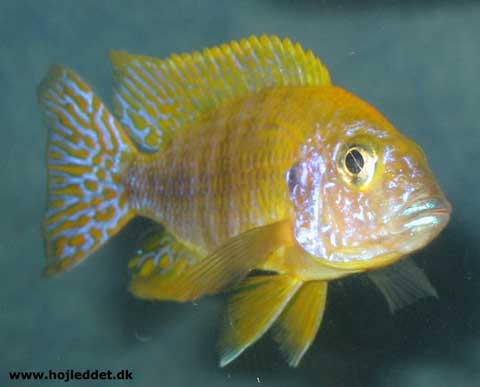 I have, a bit hesitant, traded some fry for another Aulonocara species.

The day before new years 2003, I traded 10 Golden special fry for 4 Aulonocara baenchi, but even if it sounds like a good deal, it could have been much better because there was 3 males and only one female. One of the males was so poor and ugly, that I even considered to put it down or find someone who would take it for free.

To begin with there was quite a bit of fighting between the 4, especially between the female and the ugly male, who was chasing each other all over the tank. I did not look like spawning preparation and to be honest I would also prefer that the ugly male did not propagate.

I started by giving away the two surplus males to my father in law who has a 720 liter tank. Later, when I gave up on keeping track on three different Aulonocara species, he also bought the pair. They have spawned twice since then and we moved the fry to my tanks for growing out. The batches was at 12 and 8 fry, but the last time I suspect she had already released a few before I could catch her. Breeding with the baenchi is simple when you have a pair and the fry grows well if they get enough food and fresh water.

I sold the last fry in November 2004, which for the time being also marks the end of my experiences with Aulonocara baenchi. 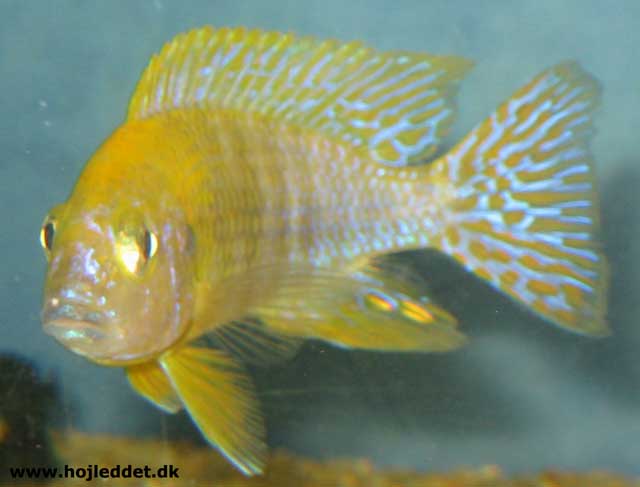 This male is closest to how I think a baenchi should look like, where yellow is the dominant color.

image: This male is closest to how I think a baenchi should look like, where yellow is the dominant color.

This male has too much blue compared to the pictures I have found of the baenchi.

image: This male has too much blue compared to the pictures I have found of the baenchi. In this picture, the fry is about 1 month old.

image: In this picture, the fry is about 1 month old. 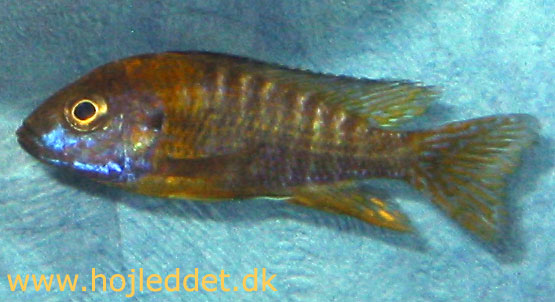 image: Here's a picture of the baenchi I considered chopping the head off