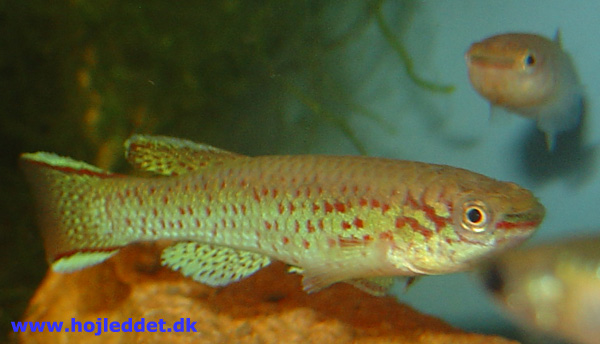 The mystery fish I never bought.

In one of my small 20 liter tanks I had a lot of mixed fry. There was catfish, Aulonocara's, blue ahli's and a handful of black mollies. One day when I was checking the general condition of the fry, I was surprised by one of the "mollies" - it had an unusual broad mouth and it was beginning to get red coloration. First when I noticed how far back the dorsal- and ventral fins was placed, I realized that I didn't have any parent fish that corresponded to this fry. My guess was some killi species where I somehow had acquired some eggs with a plant of some sort. I remembered that I recently purchased some java moss and I decided to take a closer look at the other tanks I had put the java moss in. I found another fry in one of the other 20 liter tanks and a few days later I found one more. The last two was smaller than the first - I am not sure if they hatched later or if they got less food. In total I had 3 fry, where I had never seen the parents. I gave the guy I bought the java moss from a call and he confirmed my theory - he had some killies where he also had a lot of java moss.

At first I thought it was called Aphyosemion gardneri clauseni akure, but according to what I can find, the name was changed to Fundulopanchax gardneri gardneri akure.

It is a beautiful fish that can be kept in relatively small tanks, which is a common characteristic for most killie species. From the three fish I had, there was one female and two males and the two males was not very good friends. It ended with one of the males dying and I am fairly sure that it was the other male that was the culprit. In spite of the fact that what remained was a pair, I never noticed any sign of spawning or courtship so I never got them to breed myself. After having had them in a tank for about a year, I returned them to the breeder I got them from to begin with. 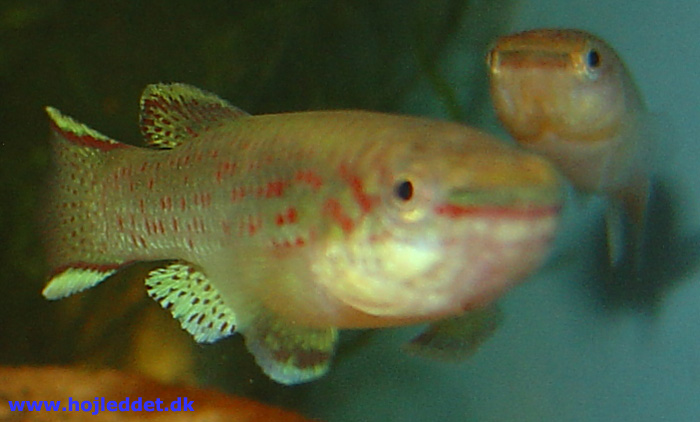 One more image with the male in front and the female in the back.

image: One more image with the male in front and the female in the back. 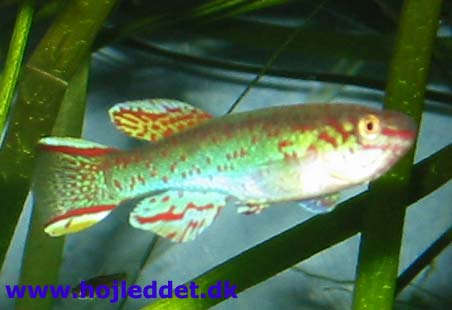 Here is one of the two males I had.

image: Here is one of the two males I had. I lost one of my males, but the prettiest male survived.

image: I lost one of my males, but the prettiest male survived. 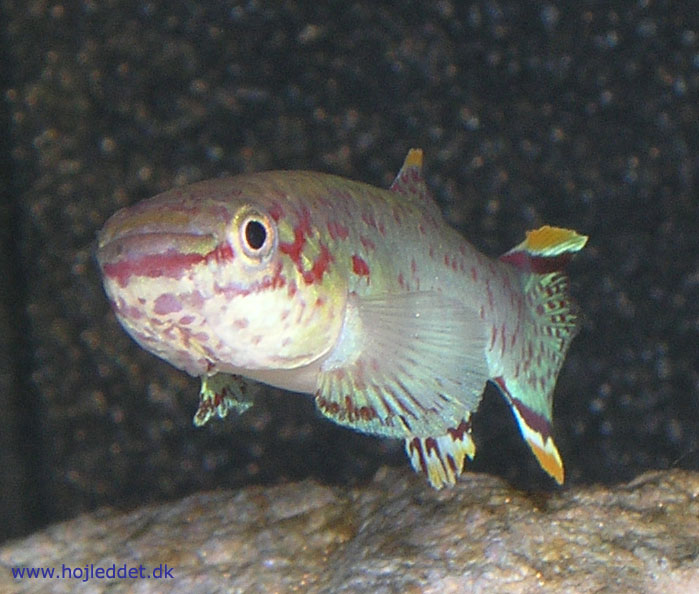 The male seen from the front.

image: The male seen from the front. 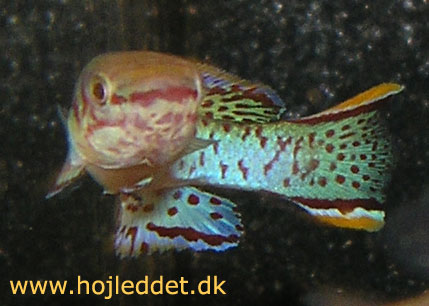 The male from the front again - notice the beautiful tail.

image: The male from the front again - notice the beautiful tail.