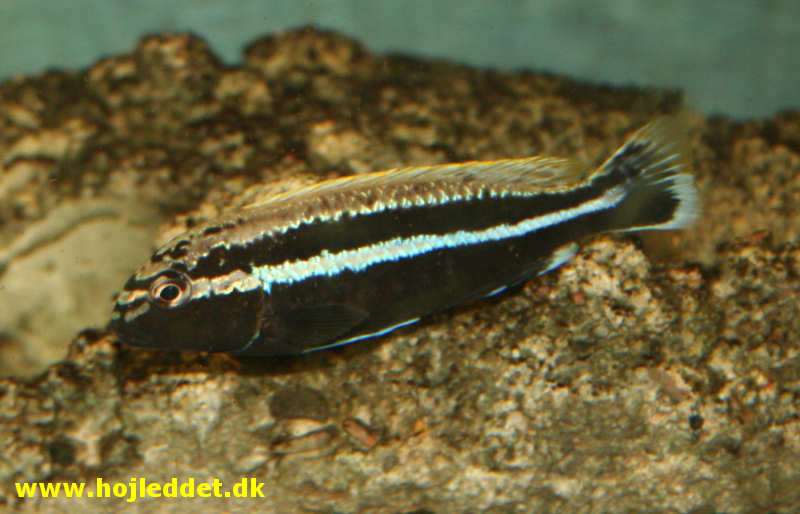 Melanochromis auratus is yet another fish I have contemplated for a long time.

Ever since I started out with cichlids from Lake Malawi, the M. auratus has been one of the mbunas I considered getting. It had a rumor as a real bully with a lot of females on it's conscience and until February 2005 that kept me from taking the leap.

Now I have taken it, and I have bought a wild caught pair from Cichlidecentret. The male is one of the most striking auratus males I have seen and the females is also very pretty. This is one of the characteristics the auratus has, namely that both the male and female is very colorful and with exceptional contrast.

They haven't made any signs of breeding and the male is neither particular aggressive nor very dominant. I hope they will spawn soon, so I have the possibility to broaden my experiences with them. 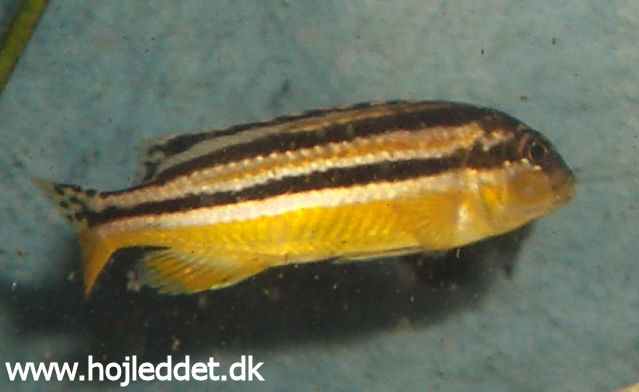 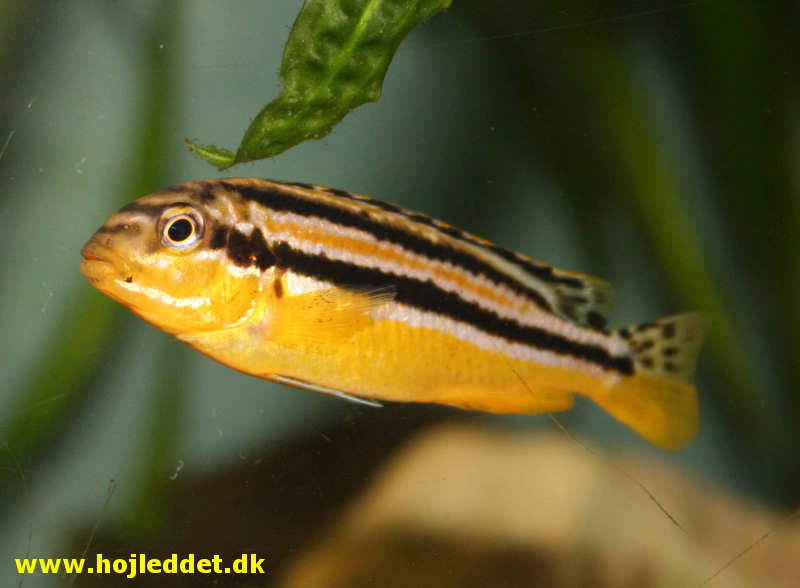 Another shot of the female Melanochromis auratus

image: Another shot of the female Melanochromis auratus