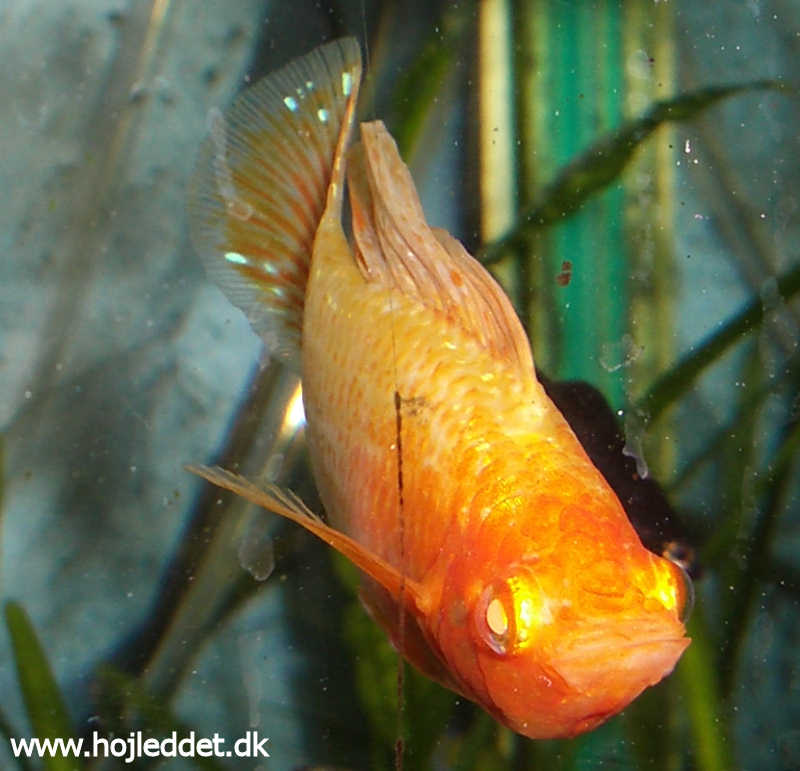 Here is a picture of my albino sailfin male from the front.

Here is a picture of my albino sailfin male from the front.

High temperature and minerals is good for all the molly types, including Sailfin molly.

The Sailfin Molly is a large fish that requires a large tank to fully thrive, in nature they also inhabits brackish waters, but in aquariums they often must settle with too small and crowded tanks where it does not have the conditions to develop fully. The species has gotten its trade name from the male dorsal fin that can become up to 70-80 mm wide and up to 60 mm tall, but the full size is not achieved until the fish is about two years old. In the right conditions, the impressive dorsal fin becomes even more spectacular and he will raise it to impress the female and potentially entice her to a mating session.

In addition to the relatively high temperature of around 27-28 degrees, the Sailfin Molly also requires some vegetable matter in the diet, for example dried foods with spirulina, catfish pills or a scolded lettuce leave.