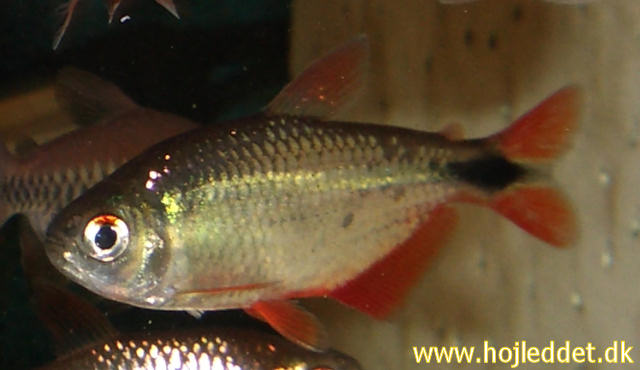 Hyphessobrycon anisitsi is a schooling fish from the Tetras, which in some ways resemble the Piranha

My father in law bought a small school of Buenos Aires Tetra from Nybys Discus (Who has now closed), when he converted his 720 liters tank from Malawis to a traditional community tank. Buenos Aires Tetra is a very pretty and lively fish, which is hardy and doesn't require much fuss regarding food and water, and at some point I had even decided to include this one in my breeding plans. However I eventually reconsidered. The reason for this, is that as it grows, it become more and more greedy and it doesn't refrain it self from biting the fins of other fish (or the whole fish), if they don't move fast enough. It is also said to wreck havoc on plants, but I didn't see any signs of that, so I cannot confirm that with any certainty. After a while where it became more and more dominant and also caused a couple of deaths, my father in law chose to get rid of them. They all ended up being sold via this website but it took a while and in one case I know that the new owner shortly after had to get rid of them again because they were too rough.

If you want to keep this fish, I think it is best done in a species tank, where it cannot bother any other fish, but where it still will be able to thrill the aquarist with its lively and speedy swimming and beautiful colors. I don't think it should be too difficult to breed this species, but you need a rather large breeding tank, at least 60 cm long, preferable 80 cm. I still think it could be fun to breed these though, as I recall from when they were bought, the big, beautiful school of juveniles swimming around the tank, but perhaps it will prove too difficult to sell the fry. 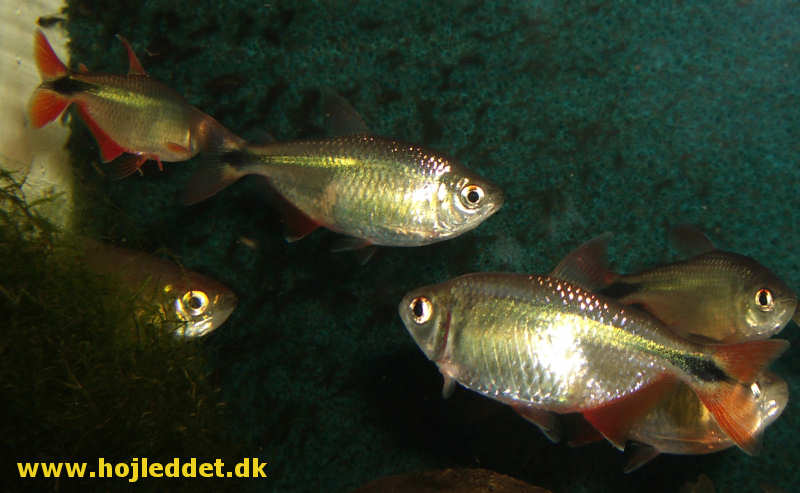 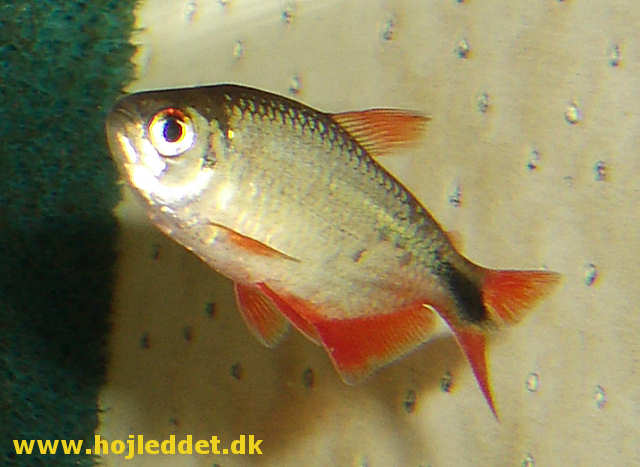 I assume this is a Buenos Aires tetra male

image: I assume this is a Buenos Aires tetra male 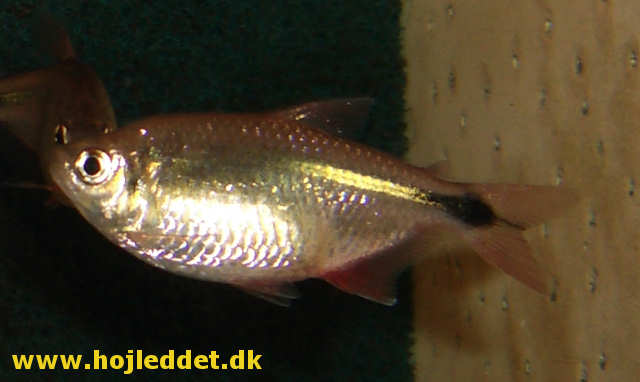 Under the same assumption, this should the a female Buenos Aires tetra

image: Under the same assumption, this should the a female Buenos Aires tetra Another picture of a small school of Buenos Aires tetra

image: Another picture of a small school of Buenos Aires tetra